Strong Women in Literature: A Widow Transforms Her Lonely Life 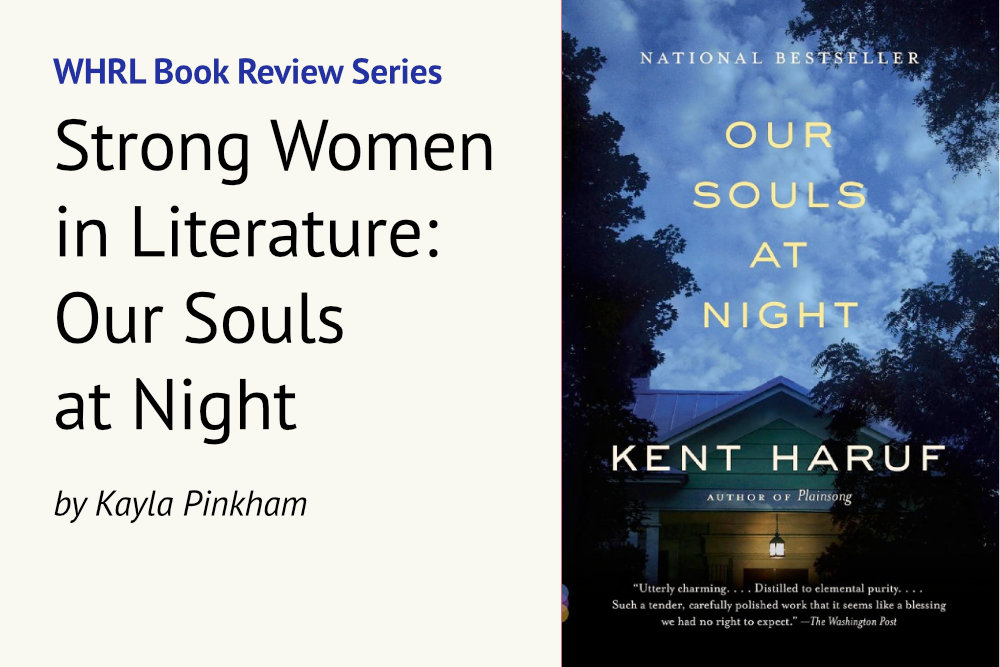 Our Souls at Night by Kent Haruf

Addie Moore is tired of being lonely. At seventy years old and widowed, life just isn’t what it used to be. To remedy this, she bravely walks the block to her closest widowed neighbors house; the house of Louis Waters. Addie and Louis have both lived on Cedar Lane for over forty years but had never directly crossed paths, until now.

With a little coaxing from Addie, Louis agrees to become her platonic companion. With the premise of sleeping in the same bed while talking to fall asleep, the two embark on a new journey. Every night after dark, Louis walks to Addie’s house. They share a drink, stories, and then, sleep.

Throughout the novel, Haruf chronicles the daily secrets, adventures, and joys of Addie and Louis. While the relationship appears equally satisfying, it is Louis’ life that is tremendously improved. He’s never been happier or wholeheartedly involved in his own life story. Addie truly shares her soul with Louis, while at the same time gently peeling back the layers of his stories, to ultimately reveal his in this beautifully written novel.

Our Souls at Night is recommended as a quick, tender, heartfelt read, perfect to get the reader through the longest month of the year; March.

*After reading the novel, watch the movie, Our Souls at Night, starring Robert Redford, and Jane Fonda.