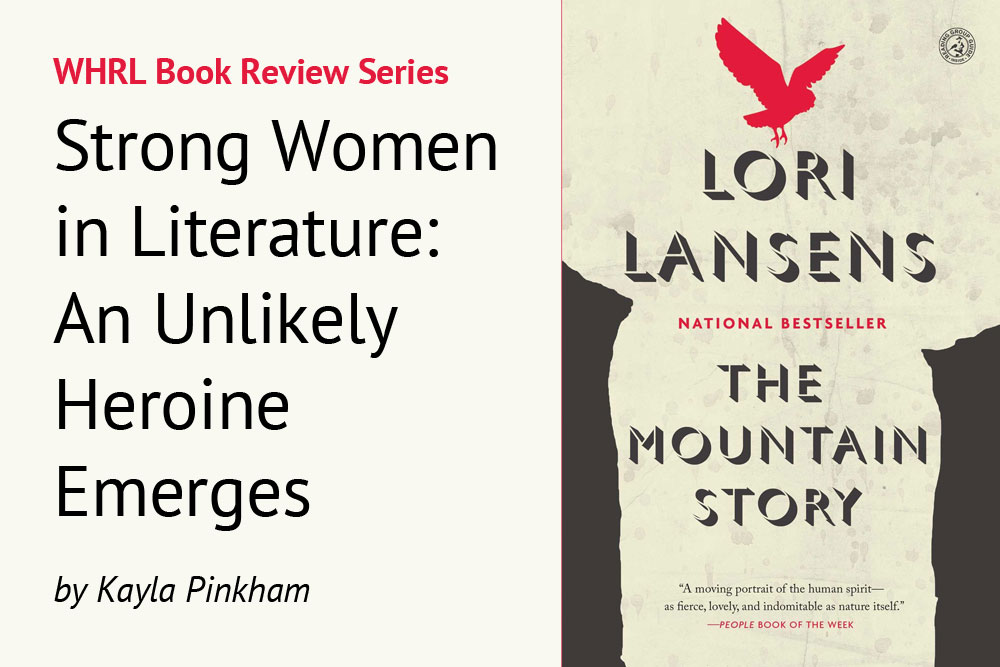 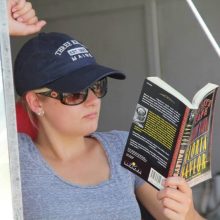 Kayla is a graduate of the University of Maine,  Machias with a degree in English; she lives in Harrington.

Strong Women in Literature- An Unlikely Heroine Emerges in…

The Mountain Story by Lori Lansens

Lori Lansens guides us through the grueling story of four lost hikers from the perspective of freshly turned eighteen- year- old, Wilfred; Wolf for short. On a mission to make this hike his last, Wolf leaves his knapsack filled with essentials at home. While he rides the mountain tram to the top, he becomes entangled in a conversation he can’t avoid. Pretty, blonde Bridget is in her late thirties, has at least thirty questions, and is directly in front of Wolf. He knows there’s no escape. Finally reaching the end of the questioning, and the mountain station, Wolf veers far from the other hikers…

Until he sees grey-haired, Nola, followed by Bridget, off the main trail and asking for help. Newly widowed Nola just wants to find the hidden lake her husband would bring her to every year on their anniversary. Wolf knows Secret Lake well and begrudgingly agrees to lead the way. Following Nola and Bridget is exotic, teenaged, beautiful Vonn. Wolf slowly realizes the three very different women are the three generations of their family.

Along the way, the group of four loses their way, and night settles in. Wolf can see the preexisting familial blame and tension rise even higher. He knows they all must band together if they want to survive the mountain. As one night leads to the next, getting home safely drifts further away. Throughout the five-day journey, history is dredged up and forgiven.

While it seems Wolf is the only candidate to fill “hero”, The Mountain Story takes a surprising turn. Not only does he save the lives of the women, but they also save his. Once weak Bridget becomes the powerful star of the novel just in time with inspiration from Nola and Vonn.

Lori Lansens aces the art of shock and suspense in the 300-page adventure that is The Mountain Story. Recommended for readers that love fast-paced, eye-opening reads about forgiveness and resilience.