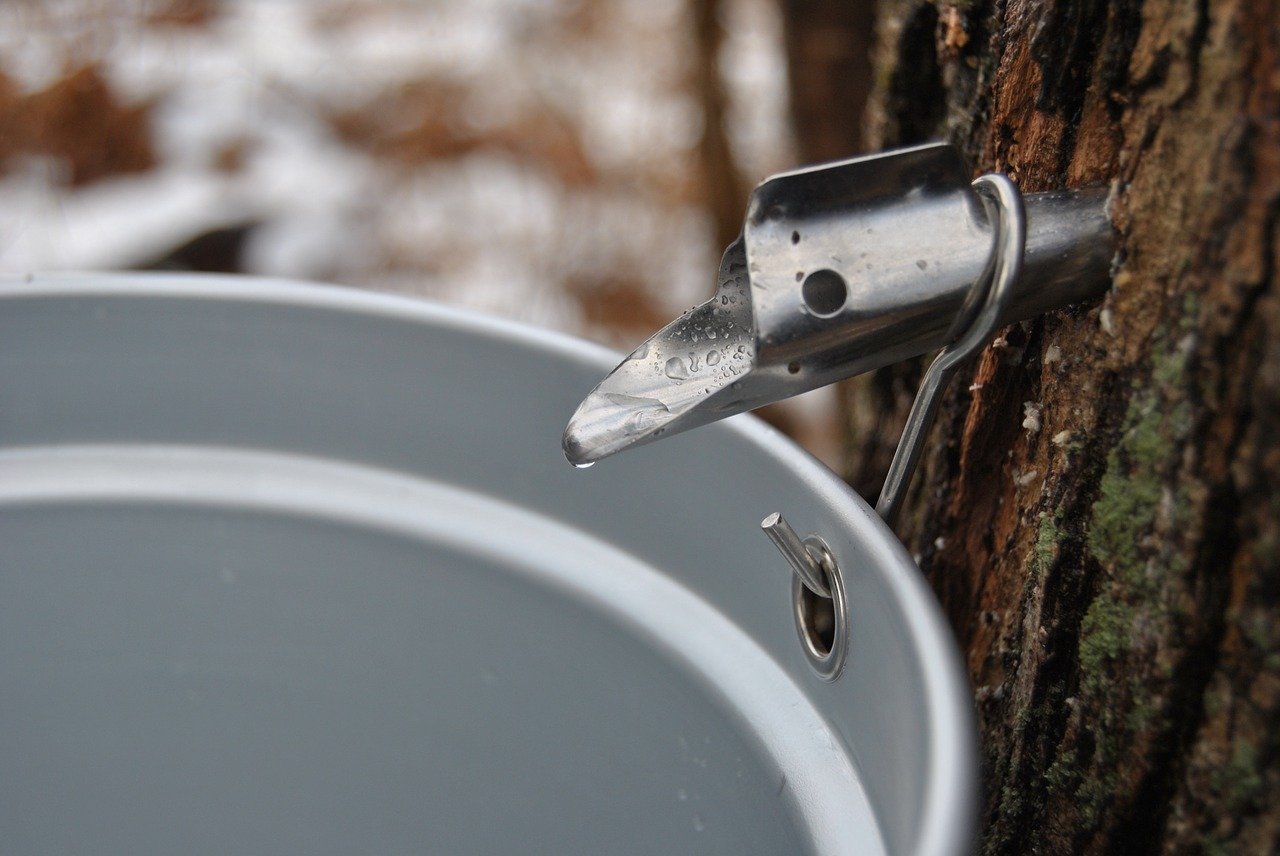 It’s March! And it’s mud season. The temperatures are warming, the sun is stronger, and spring officially starts this month.

The first harvest of the year is maple sap! In Late February or early March, when the night temperatures are below freezing, and the day time temperatures are above 32 degrees, it’s time to put in the maple taps. 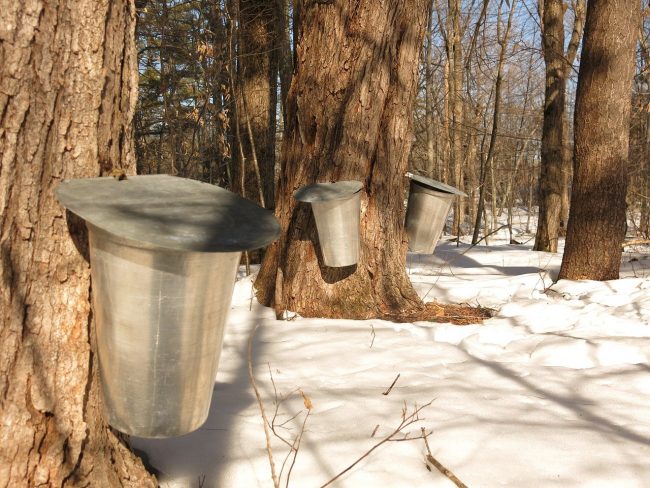 You can put in 6 taps, or 50, depending on how much time you have and how much syrup you hope to get. There’s a 40:1 ratio of maple sap to maple syrup. That means 10 gallons of sap boils down to 1 quart of syrup, so you want to collect a lot before you spend several hours boiling a batch down. Sap is clear, and flows at different rates in different trees and with different temperatures. 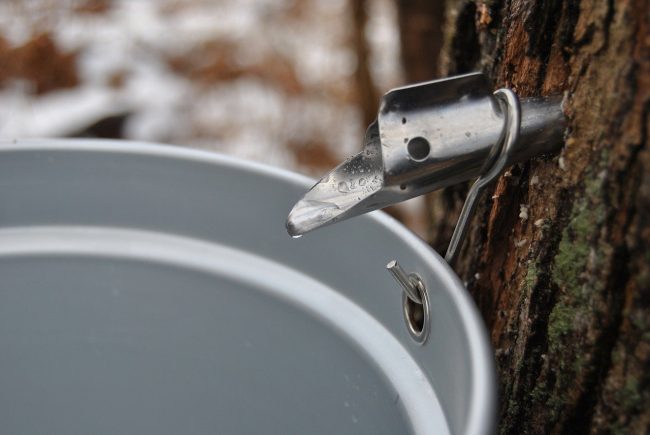 From tree to buckets:

From buckets to syrup, boiling day: