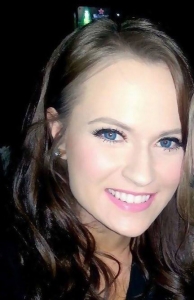 Sometimes you wonder if there is more to life than a two-hour drive to the mall. You have Thoreau on your nightstand, play every sport offered, and maintain an impressive GPA. You scored high on your SATs so it will be easy to get into the state school a couple of towns away.  But maybe you’ll go to the community college close by so you can save a little money and not take out loans to pay for tuition.  Pretty much everyone winds up dropping out anyway. By the time you’re 19 it’s time to start bringing home a paycheck.

But what if there was an alternative? You have never known anyone who has even gone to a top-tier college. Not to mention the overwhelming guilt you may feel leaving your family behind.

I knew at the age of eight that I wanted to be a lawyer. A few problems; I knew zero lawyers and had no clue how to become one or what the job even entailed (spoiler alert: nothing like TV). I was often discouraged from following these dreams or applying to prestigious schools – people often reject the unfamiliar. However, what I did know is that I am resourceful. I had the desire and drive to achieve my goals.

So what is the alternative? Stop selling yourself short. It’s one of those little slap-in-the-face epiphanies. We often underestimate our ability to overcome challenges and achieve the extra-ordinary. These messages were likely put there by well-meaning influencers like parents, teachers, or friends, who were only trying to guard against disappointment. However, ignoring these comments is the only way we grow and become the people we’re capable of being. There are options. You have options. Don’t be afraid to speak up, ask questions, and step outside the cultural bubble. Someone has to be the first – why can’t it be you?

I now know many lawyers and only a slight idea of what the job entails.