10 Proven Health Benefits of Eggs (No. 1 is My Favorite) 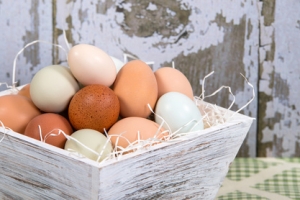 Eggs are among the few foods that I would classify as “superfoods.” They are loaded with nutrients, some of which are rare in the modern diet. Here are 10 health benefits of eggs that have been confirmed in human studies.

Eggs are among the most nutritious foods on the planet.

A whole egg contains all the nutrients required to turn a single cell into a baby chicken.

Eggs also contain decent amounts of Vitamin D, Vitamin E, Vitamin K, Vitamin B6, Calcium and Zinc. This is coming with 77 calories, 6 grams of protein and 5 grams of healthy fats.

Eggs also contain various other trace nutrients that are important for health. Really… eggs are pretty much the perfect food, they contain a little bit of almost every nutrient we need.

If you can get your hands on pastured or Omega-3 enriched eggs, then these are even better. They have more Omega-3s and are much higher in Vitamin A and E (2, 3).

Bottom Line: Whole eggs are among the most nutritious foods on the planet, containing a little bit of almost every nutrient we need. Omega-3 enriched and/or pastured eggs are even healthier.

2. Eggs Are High in Cholesterol, But They Don’t Adversely Affect Blood Cholesterol 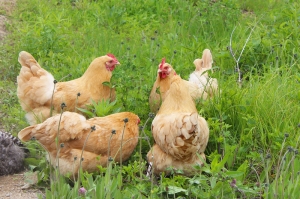 It is true that eggs are high in cholesterol.

In fact, a single egg contains 212 mg, which is over half of the recommended daily intake of 300 mg.

The response to egg consumption varies between individual (8):

However, as I will outline later in the article, the situation is a bit more complicated than that and these changes are actually beneficial.

(Exceptions… people with genetic disorders like familial hypercholesterolemia or a gene type called ApoE4 may want to minimize or avoid eggs.).

Bottom Line: Eggs are high in cholesterol, but eating eggs does not have adverse effects on cholesterol in the blood for the majority of people.

HDL stands for High Density Lipoprotein. It is often known as the “good” cholesterol (9). People who have higher levels of HDL usually have a lower risk of heart disease, stroke and various health problems (10, 11, 12, 13). Eating eggs is a great way to increase HDL.

Bottom Line: Egg consumption consistently leads to elevated levels of HDL (the “good”) cholesterol, which is linked to a reduced risk of many diseases.

4. Eggs Contain Choline – an Important Nutrient That Most People Don’t Get Enough of 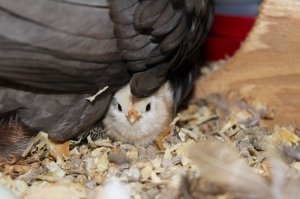 Choline is a nutrient that most people don’t even know exists. Yet, it is an incredibly important substance and is often grouped with the B vitamins. Choline is used to build cell membranes and has a role in producing signalling molecules in the brain, along with various other functions (17).

Dietary surveys have shown that about 90% of people in the U.S. are getting less than the recommended amount of choline (18).

Whole eggs are an excellent source of choline. A single egg contains more than 100 mg of this very important nutrient.

Bottom Line: Eggs are among the best dietary sources of choline, a nutrient that is incredibly important but most people aren’t getting enough of.

LDL cholesterol is generally known as the “bad” cholesterol. It is well known that having high levels of LDL is linked to an increased risk of heart disease (19, 20). But what many people don’t realize is that there are subtypes of LDL that have to do with the size of the particles. There are small, dense LDL particles and then there are large LDL particles.

Bottom Line: Egg consumption appears to change the pattern of LDL particles from small, dense LDL (bad) to large LDL, which is linked to a reduced heart disease risk.

6. Eggs Contain Lutein and Zeaxanthin, Antioxidants That Have Major Benefits For Eye Health

One of the consequences of aging is that eyesight tends to get worse. There are several nutrients that help counteract some of the degenerative processes that can affect our eyes. Two of these are called Lutein and Zeaxanthin, powerful antioxidants that tend to build up in the retina of the eye (26, 27).

Egg yolks actually contain large amounts of both Lutein and Zeaxanthin. In one controlled trial, eating just 1.3 egg yolks per day for 4.5 weeks increased blood levels of Lutein by 28-50% and Zeaxanthin by 114-142% (31).

Eggs are also high in Vitamin A, which deserves another mention here. Vitamin A deficiency is the most common cause of blindness in the world (32).

Bottom Line: The antioxidants Lutein and Zeaxanthin are very important for eye health and can help prevent macular degeneration and cataracts. Eggs are high in both of them.

7. In the Case of Omega-3 or Pastured Eggs, They Lower Triglycerides as Well

Of course, it doesn’t just matter what we eat… it also matters what the foods that we eat, ate. In this regard, not all eggs are created equal. Their nutrient composition varies depending on how the hens were fed and raised.

Eggs from hens that are raised on pasture and/or fed Omega-3 enriched feeds tend to be much higher in Omega-3 fatty acids. Omega-3 fatty acids are known to reduce blood levels of triglycerides, a well known risk factor for heart disease (33, 34).

8. Eggs Are High in Quality Protein, With All The Essential Amino Acids in The Right Ratios

Proteins are the main building blocks of the human body. They’re used to make all sorts of tissues and molecules that serve both structural and functional purposes. Getting enough protein in the diet is very important and studies show that currently recommended amounts may be too low.

Well… eggs are an excellent source of protein, with a single large egg containing 6 grams. Eggs contain all the essential amino acids in the right ratios, so our bodies are well equipped to make full use of the protein in them.

Bottom Line: Eggs are fairly high in quality animal protein and contain all the essential amino acids that humans need.

9. Eggs do NOT Raise Your Risk of Heart Disease and May Reduce The Risk of Stroke

For many decades, eggs have been unfairly demonized. It has been claimed that because of the cholesterol in them, they must be bad for the heart. Many studies published in recent years have examined the relationship between egg consumption and the risk of heart disease.

In one review of 17 studies with a total of 263,938 participants, no association was found between egg consumption and heart disease or stroke (41). Many other studies have led to the same conclusion (42, 43).

However… some studies have found that people with diabetes who eat eggs have an increased risk of heart disease (44). Whether the eggs are actually causing the increased risk isn’t known, because these types of studies can only show statistical association. They can not prove that eggs caused anything.

It is possible that diabetics who eat eggs are less health conscious, on average. On a low-carb diet, which is by far the best diet for diabetics, eating eggs leads to improvements in risk factors for heart disease (45, 46).

Bottom Line: Many studies have looked at egg consumption and the risk of heart disease and found no association. However, some studies have found an increased risk in people with type 2 diabetes.

10. Eggs Are Highly Fulfilling and Tend to Make You Eat Fewer Calories, Helping You to Lose Weight

Eggs are incredibly fulfilling. They are a high protein food… but protein is by far the most fulfilling macronutrient (47). Eggs score high on a scale called the Satiety Index, which measures the ability of foods to induce feelings of fullness and reduce subsequent calorie intake (48).

In one study of 30 overweight women, eating eggs instead of bagels for breakfast increased feelings of fullness and made them automatically eat fewer calories for the next 36 hours (49).

In another study, replacing a bagel breakfast with an egg breakfast caused significant weight loss over a period of 8 weeks (50).

The studies clearly show that eating up to 3 whole eggs per day is perfectly safe. There is no evidence that going beyond that is harmful, it is just “uncharted territory” as it hasn’t been studied. I personally eat about 3-6 whole eggs per day and my health has never been better.

On top of everything else, they are also cheap, easy to prepare, go with almost any food and taste awesome.

Reprinted with permission from Authority Nutrition.