Diary of a DownEast Girl-Lift Off 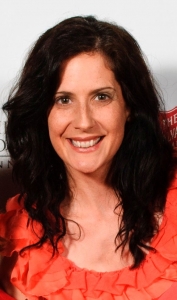 It was June of 1992. And as I excitedly moved the tassel that fell from my graduation cap, right to left, I officially became a high school graduate with the big, wide world before me.

I remember enjoying the sweet beauty of summer that year, savoring the scent of evergreens and the tranquil ocean waves as they hit the shores at Roque Bluffs. Staring out across the blue green water at Libby Island in the distance, I tried to orchestrate in my mind what I was going to do, who I was going to be. Because I loved to serve and help people, I began entertaining thoughts of nursing school.

Soon enough though, my passion for music, which included writing and singing, began to creep in. I knew Nashville was the place where I might transform my dreams into reality. So after much contemplation, I packed what I could fit in my car. And on a cool October morning I made my way slowly down the quiet streets of Columbia Falls, which had been my home for over 7 years, destination Nashville!

As I passed the town hall, the post office, and the small corner store where I used to play the jukebox and shoot pool before school, I began reminiscing. I fondly remembered cutting the lawn, cooking and caring for an amazing elderly woman who lived down the street. From the age of 13 until I graduated, I could be found at her home, doing odd jobs and listening to her stories (which included taking an African Safari at the age of 80!) I enjoyed decorating Christmas wreaths at Worcester Wreath Company in Harrington and raking blueberries in Columbia. I also volunteered serving at the town hall suppers each month, inhaling the aromatic foods before me: baked beans and casseroles, brown bread and freshly baked pies, while relishing in the banter with folks from this picturesque community.

Now, these landmarks and reminders were fading slowly in the rear view mirror and I suddenly became focused on the road ahead. It was a risk I know, leaving home, bound for a large city where I knew no one. But, as I made my way down interstates, through mountains, rolling hills, fields of grains and corn, I felt an excitement at the unknown. I was energized by the possibilities. I may fail, my road may take a sudden turn, but it would be all about the journey, the things I would learn and the people I would meet. I was going to pursue music, and when the skyline of Nashville appeared on the horizon as I drove Interstate 40, I smiled and pushed down on the accelerator. It’s time for lift-off into uncharted waters and I was ready to fly!