Don’t Miss Out On Your Networking Opportunities 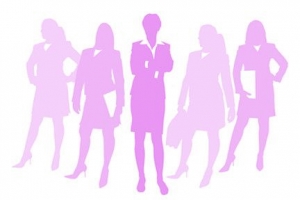 We have all heard “It is not what you know, but who you know”.  Although what you know is often very important, there is a lot of truth to the statement regarding who you know.  Sometimes the combination of your knowledge and your relationships can be very helpful in life, especially when starting a career.

Before high school, I was very shy.  I had a great group of friends and felt as though I knew many people.  But when it came to making the first move to introduce myself to others (especially adults), I would get very nervous. Fear of the unknown was a driving factor in this hesitation, but so was lack of confidence. My mind would race “What if they don’t like me?  What if I don’t have anything to talk about?  What if I slur my speech and accidentally say something stupid? Am I sweating? Crap – there were onions in my sandwich at lunch…it’s over!”  Sadly, for some time, meeting new people was a very nerve-wracking experience that I avoided.

But by the time I entered high school, I started to push myself a little more.  I wasn’t necessarily diving into every chance to meet new people.   But as my confidence grew, I didn’t feel so nervous meeting new people.  And I began to make a conscious effort to do so.

Eventually I was accepted into a college in Chestnut Hill, Massachusetts, a long way from Cherryfield, Maine.  Let’s see, how many people did I know in Chestnut Hill…oh that’s right…zero.  It was time to get over the shyness, and quickly.

Luckily for me, I had joined the college soccer team.  I was introduced to my teammates, with whom I would ultimately be spending a lot of time over the next few months.  I began to open up.  I realized that if I was going to succeed out in the “real world”, I would have to bid farewell to that shy girl I was back in Maine.  I soon got to know my teammates and their friends and their friend’s friends. I even started to reach out and randomly speak to people while waiting in the line for dinner in the cafeteria. I even met one of my very best friends by sitting with her at lunch (even though we didn’t know each other) and striking up a conversation.  I could do this!

Getting to know people in college was becoming easy.  I was feeling even more confident knowing that I had made these friends and acquaintances myself. This was perfect grooming for the next stage in life – Big Girl World.

Coming out of my shell was one of the best decisions I made.  And yes, I do believe it was a decision.  And not an easy one.  For some, being social is a natural thing, where networking is a breeze and building a huge list of professional acquaintances just comes naturally. Others, like me, need to work on building that confidence.

In the case of networking, practice may not “make perfect” every time, but it does help a lot.  Attend a networking event (or some sort of event where you don’t know many people) and make it a point to speak to at least one person you don’t know.  At the end of the night, don’t feel bad that you didn’t leave with 8 business cards, 3 LinkedIn invites, and a new best friend. Just be happy that you attended and made an effort to at least speak to someone new.  Start small and as you build your confidence, networking will become much easier.

My advice- if you have the opportunity to join a young professional’s network in your area, do it.  A few years ago, I became involved with FUSION:Bangor. This is a young professionals group that connects residents, engages them in social and civic activities, and helps to transform the Bangor region into one of the best places for everyone to work, live, and play.  Being involved in FUSION:Bangor has allowed me to work on my networking skills and get to know some incredible people.

At this stage in my life, I have had many experiences that have allowed me to actually enjoy meeting new people. I’ll be honest; it may still seem a little intimidating.  But when I think back to the opportunities I could have avoided, I realize I would have missed out on meeting some wonderful people who have enriched my life.

To sum up, just remember to be confident, start small, and always carry gum with you in case you had onions in your lunch.  You can do this! Happy networking!