How I Got My Husband to Take Care of His Body

(Even Though He Just Wants to Take Care of Me) 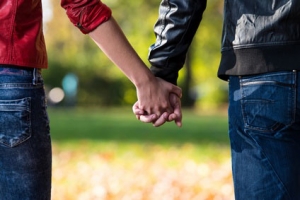 If it takes being a “controlling wife” to make my husband value his own health over his love for his family, I’m going to do it.

Bob and I smiled as we watched the checkout girl at the hardware store sass each customer who came through. She seemed to know everyone, and teased them accordingly—from the last-minute junk food impulse purchases they made (“What, didn’t your wife pack you a lunch today?”), to the volume of nails they were buying (“Do you really need that many? Or do you just bend that many when you pound ’em?”)

When it was our turn at the register to pay for our 20-pound bag of charwood, Bob removed his wallet, and I picked up the bag and headed for the door.

“Are you kidding me?” she called after me. “You hafta carry that yourself?”

I’m usually the first person to jump on the sass bandwagon. But this time I pretended to notice something interesting out in the parking lot. Her comment didn’t incite the response she craved, so she tried again.

“He’s not gonna carry that for you?”

Not unless I want his intestines to fall down into his scrotum, I want to snap back. But I say nothing. Bob, too, is pretending not to hear. Of course he would carry the bag for me. But we are in a quiet test of wills. He tries to pretend that he can lift everything he has always lifted with no problem. I try to sneak in ahead of him to prevent his further injury.

He first noticed the inguinal hernia last fall after doing yoga. We talked to a couple of doctors. We kept an eye on it. But over the course of the growing season, it just kept growing. By August, he seemed to be adjusting and reinserting his viscera every few minutes. After a couple of nasty arguments, he began allowing me to help him carry the meat coolers. At my insistence, we starting packing more boxes for the market, but keeping them at half the weight.

Hernias are a common problem. “The surgeries are standard procedures,” Bob told me from his reading. “No big deal.” We could have it taken care of at any of the regional hospitals. I figured, since this was “no big deal,” then I could leave him to make the decisions. Sometimes, I make a conscious effort to not be the controlling wife.

But a few days before our first appointment with a surgeon, I got a nagging feeling. If I didn’t research what we were about to agree to, I would never be able to live with myself if something went wrong that could have been prevented with a little advance reading. I found a few books on the subject, Bob and I sat down by the fire, and I read them aloud.

We learned about the problems with standard hernia procedures—the polypropylene mesh that can cause foreign object sensations, infections, and, all too often, chronic pain. We read about recurrence rates and about the history of hernia treatment. Nevertheless, according to prevailing practice, the polypropylene mesh inserts done using laparoscopy (an operation performed through a small incision) are considered the best practice.

I put my book down. I really wanted his treatment to be his choice. I didn’t want to interfere. Honestly. But there I went.

“This is your choice,” I told him. “But if it were me, since I wouldn’t even drink water from a plastic bottle, and since we work so hard to only eat clean and natural food, I wouldn’t be inclined to let any surgeon permanently implant some piece of synthetic crap inside my body.”

“I’m sure it’ll be fine,” he responded, although his eyebrows furrowed.

But we kept reading. We eventually learned about a new, less common, less expensive, tension-free procedure that has been in use since roughly 2003 that doesn’t require mesh and that also seemed to have higher rates of success without the side effects.

Called the Desarda Technique, it was developed by a doctor in India, and there are only a handful of surgeons practicing the method here in the United States. We found one down in Florida who had trained with the Indian doctor. We both agreed that this seemed like the safer option.

But while it is cheaper than conventional laparoscopy, we would have no assistance from our insurance company. We would have to pay the entire sum out of pocket ($6,500 for a double hernia).

We drove to Albany to consult with an in-network surgeon. He dismissed our concerns, refused to look at the material we’d brought in about the Desarda Technique, assured us that there were never any side effects from using mesh inserts, and then directed us out to his receptionist where we could schedule the surgery.

But this is not my body. This is Bob’s body. “We can find a surgeon who is human,” he assured me. “Those side effects aren’t going to happen to me.”

After a pause he added, “We don’t need to spend the savings on something like this.”

Was that it? Was it about the money?

“This is your body! This is your health and happiness! This is our friggen livelihood. What else should the money be spent on?”

He didn’t answer. I encouraged him to call the surgical center in Florida. He didn’t refuse. But he didn’t pick up the phone, either.

Unable to keep my nose out of it, I made the call. I brought him the information about what it would cost, including transportation, food, lodging, medications. Then I reminded him that he needed to make a decision soon, because he would need the time to heal before the growing season started again.

He did nothing. I presented him with more research. He only said, “That’s a lot of money.”

I grew more and more anxious. Was he dithering? Was he procrastinating?

I woke up in the predawn hours the following morning, lit the fire, sat in the dark, and tried to think it through. If it were me in need of a surgery, would Bob make it about money? Never. He would pay everything he had to get me the best care possible. He would interfere with doctors, confound the nurses, pull in the help of every holistic caregiver he could find. But this wasn’t about me. It was about him.

And then I saw the issue more clearly. In his mind, it was still about me. The money happens to be coming from my personal savings. It is money we have locked away as part of a plan to assure my security if I have to be alone someday. In Bob’s mind, my security tomorrow is more important to him than his own health today.

And that’s just the way Bob is. I am his first and truest love. Right or wrong, he loves me more than he loves himself. If we share a piece of cake, he will always leave me the last bite, with the most frosting. When we sit down to dinner, he insists on washing up, demanding that I have time to rest or play. When I am writing, he keeps the kids away from my door. When we are working on the farm, he will strain his own injured body before he will allow me to risk harming myself. If I had given him the chance at the hardware store, he’d have carried the charwood.

This choice we face isn’t about the preferred treatment option. It isn’t even about money. It is about love. In the clarity of that dark room, I saw where Bob’s decision would lie. It would be with whatever choice would best guarantee my well-being. And his healing will be most dependent on my settled and peaceful mind.

I don’t want to be a controlling wife. I don’t want to tell my husband what to do with his body. But the simple truth is that I am at the heart of every decision he makes.

I walked over to the computer and booked the flight to Florida.

A few hours later, when he joined me for a morning coffee break, everything had been arranged, from the surgery date to hotel and meal accommodations. He looked at me.

“You’re sure about this?”

“I won’t be at peace knowing you have something artificial inserted in your body,” I said. “I will always be worried about the side effects. This is what I want.”

“Then we’ll go to Florida.”

I hope we are making the best choice. But we are no longer thinking much about that. Our decision has been made, and the next step in healing requires our peace and resolution with the treatment.

And in a few months, he can carry the bag of charwood.