But I’m Not Sure I Can Do It 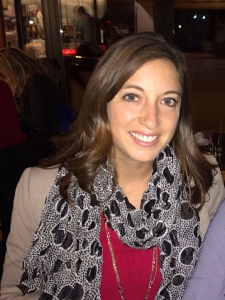 I spent my senior year at Narraguagus obsessively searching colleges online, until I chose what I thought was the right college for me. I chose a major through the process of elimination; I knew I didn’t want to go into the medical field, teaching, or liberal arts. I was better at, and more interested in math and science than classes like English, and I ‘liked” computers, or so I thought. So I decided to major in computer science. OK, fine, maybe it wasn’t a coincidence that at the time, careers in computer science were in the top five salary bracket. My number one goal was to prepare myself to make money. I also thought at the time that these decisions and college preparations would just one day magically output a successful adult with a nice car, big house, and six figure salary. Like a good recipe; mix all the right main ingredients (a college and a major), add some spices (like hard work, doing your homework, and going to class), then let the right amount of time go by, and there you go, a delicious meal (or a rich adult). All I had to do was circle a major from a list on a college application, take out some student loans, and pack my bags. In 5 years, there I would be; grown-up and rich. That’s how it works, right?

It’s been 11 years since I filled out that college application. That recipe I talked about; I couldn’t be more wrong. The main ingredients or decisions that I thought I had planned out so carefully (a college and a major) were more like toppings. Sure, I needed them, but they were not the “meat and potatoes”. I’m going to tell you what I think are the most important elements, not because I did it all right, but because if I could back and do it again, I wish someone told me this. So here it goes.

1) DON’T think that you are different, have worse luck, aren’t as smart, or have something going against you. IT’S NOT TRUE! I grew up thinking this to myself. When I was 10 years old riding in my mom’s car, she stopped to get gas and mentioned that she also needed to have her oil changed. I thought to myself, ‘Oh my God. I will never know when I need to put gas in my car, or have the oil changed, or get new tires. That’s a lot to think about! I can’t even decide what kind of slushy I want at the movies.’ I remember saying this to my mom. She laughed and said, “Yes you will. I promise.” I thought she was wrong. There was no way. But of course it wasn’t a problem. Just like she thought, these things just came naturally.

In 8th grade, I couldn’t believe I was going to be in high school the next year. I didn’t think I was as smart, experienced, or mature as them. There was no way. How would I remember my locker combination? How would I know what class to go to? How would I ever compete with them in sports? I swear, I thought I was different than everyone else, and I wouldn’t be able to figure it out and get through it. But guess what? Of course I figured it out. My point is, all of these steps turned out to be a natural progression. It’s OK to be nervous, anxious, or a little stressed, but don’t discredit yourself. You are no different. College, your first job, a promotion, and other milestones really will fall into place. Just have a little faith in yourself.

2) DO be yourself, DON’T compare yourself to others, and DON’T BE AFRAID TO FAIL. It doesn’t matter what they think. Looking back on my college career, I have a few regrets. Yeah, I wish I applied for more scholarships, didn’t have to take out as many student loans, or selected my major correctly the first time. But that’s not what I’m talking about. I wish I focused more on the things I wanted to do, explored my interests, and ventured outside of my comfort zone. There always seemed to be these people who had so much going for them. They were well-rounded and had tons of friends and hobbies. I can name a long list of things I wanted to try– sports I wanted to play, classes I wanted to take, groups I wanted to join, and new hobbies I wanted to tackle. I’m ashamed to admit that there are a whole lot of them I just let slip away. I was afraid to fail. I was scared of rejection. I was afraid what other people would think. It’s my biggest regret. I wanted to try out for the crew team. How cool would it to be to row down the Charles River with your crew team? I never tried out. I never even checked into it. But I thought about it a lot.

There was also a group of engineering students who designed and built water systems in underdeveloped countries, providing the local citizens with safe, clean water. It was paid for by Northeastern! They traveled to Honduras, the Philippines, Uganda, Belize, and many other countries. Every week, I made excuses to avoid the meetings. I wasn’t sure if I would fit in, if I would be smart enough, or if I would be liked. It’s one of my biggest regrets! The other students were no different than me, except they took chances and tried new things. Bottom line; try new things, meet different people, and don’t be afraid to fail. Seriously, what is the worst that could happen? Chances are, you won’t regret it.

3) DO make OK decisions. Not even good ones, OK ones are enough. Don’t be afraid that you always need to make the RIGHT or BEST decision. At least, make a decision that you think might have positive results. You don’t always have to choose the BEST answer. Most of the time, there isn’t even a right answer. At least keep making decisions, thinking about where you are and where you want to be, and moving forward. If at any point you think you are selling yourself short or are “settling,” just think about it. If you need to make a small decision to make a change, do it! Things probably won’t change if you ignore your own thoughts or dreams. Take baby steps, make some decisions, and go from there.

I’m approaching 30 years old, which seems kind of scary, but I feel like just a couple years ago I was a kid at Narraguagus. I currently live in Boston and work for an engineering firm as a civil engineer. I split my time between the office, construction sites, and client meetings. In a few months, I will be taking an exam that makes it official; I will be a professional engineer (if I pass!). It’s one of those milestones for me. And although I can’t believe it’s finally here, it really was a natural progression. I am thankful I took the step from Guagus to college. I’m even more thankful I went to a college in a new place. It opened up a lot of opportunities for me that I’m not sure I would have found closer to home. I’m not going to say it was easy, but honestly it wasn’t that hard. I went to class (well, most of the time) and enjoyed my weekends (maybe too much). But I made sure I got good enough grades and surrounded myself with good friends so that I had a support system to help make decisions, have fun, and get through the harder times, because there are always harder times. It wasn’t the college choice or the major that ended up making or breaking me. I really think that success is a result of following your interests, taking chances, making decisions, meeting people, and putting 100% into everything you do. I’m not sure I am exactly where I want to be yet, but I’m learning from every new step and am still trying to take chances and try new things. I am a firm believer that your success is all about what you put into it, not where you go, who you know, or what path you choose. As long as you choose a path and focus your efforts, you will go places.