Why I Make Terrible Decisions 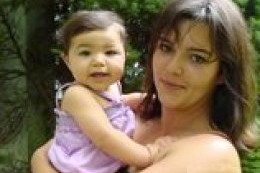 There’s no way to structure this coherently. They are random observations that might help explain the mental processes. But often, I think that we look at the academic problems of poverty and have no idea of the why. We know the what and the how, and we can see systemic problems, but it’s rare to have a poor person actually explain it on their own behalf. So this is me doing that, sort of.

Rest is a luxury for the rich. I get up at 6AM, go to school (I have a full courseload, but I only have to go to two in-person classes) then work, then I get the kids, then I pick up my husband, then I have half an hour to change and go to Job 2. I get home from that at around 1230AM, then I have the rest of my classes and work to tend to. I’m in bed by 3. This isn’t every day, I have two days off a week from each of my obligations. I use that time to clean the house and soothe Mr. Martini and see the kids for longer than an hour and catch up on schoolwork. Those nights I’m in bed by midnight, but if I go to bed too early I won’t be able to stay up the other nights because I’ll fuck my pattern up, and I drive an hour home from Job 2 so I can’t afford to be sleepy. I never get a day off from work unless I am fairly sick. It doesn’t leave you much room to think about what you are doing, only to attend to the next thing and the next. Planning isn’t in the mix.

When I was pregnant the first time, I was living in a weekly motel for some time. I had a minifridge with no freezer and a microwave. I was on WIC. I ate peanut butter from the jar and frozen burritos because they were 12/$2. Had I had a stove, I couldn’t have made beef burritos that cheaply. And I needed the meat, I was pregnant. I might not have had any prenatal care, but I am intelligent enough to eat protein and iron whilst knocked up.

I know how to cook. I had to take Home Ec to graduate high school. Most people on my level didn’t. Broccoli is intimidating. You have to have a working stove, and pots, and spices, and you’ll have to do the dishes no matter how tired you are or they’ll attract bugs. It is a huge new skill for a lot of people. That’s not great, but it’s true. And if you fuck it up, you could make your family sick. We have learned not to try too hard to be middle-class. It never works out well and always makes you feel worse for having tried and failed yet again. Better not to try. It makes more sense to get food that you know will be palatable and cheap and that keeps well. Junk food is a pleasure that we are allowed to have; why would we give that up? We have very few of them.

The closest Planned Parenthood to me is three hours. That’s a lot of money in gas. Lots of women can’t afford that, and even if you live near one you probably don’t want to be seen coming in and out in a lot of areas. We’re aware that we are not “having kids,” we’re “breeding.” We have kids for much the same reasons that I imagine rich people do. Urge to propagate and all. Nobody likes poor people procreating, but they judge abortion even harder.

Convenience food is just that. And we are not allowed many conveniences. Especially since the Patriot Act passed, it’s hard to get a bank account. But without one, you spend a lot of time figuring out where to cash a check and get money orders to pay bills. Most motels now have a no-credit-card-no-room policy. I wandered around SF for five hours in the rain once with nearly a thousand dollars on me and could not rent a room even if I gave them a $500 cash deposit and surrendered my cell phone to the desk to hold as surety.

Nobody gives enough thought to depression. You have to understand that we know that we will never not feel tired. We will never feel hopeful. We will never get a vacation. Ever. We know that the very act of being poor guarantees that we will never not be poor. It doesn’t give us much reason to improve ourselves. We don’t apply for jobs because we know we can’t afford to look nice enough to hold them. I would make a super legal secretary, but I’ve been turned down more than once because I “don’t fit the image of the firm,” which is a nice way of saying “gtfo, pov.” I am good enough to cook the food, hidden away in the kitchen, but my boss won’t make me a server because I don’t “fit the corporate image.” I am not beautiful. I have missing teeth and skin that looks like it will when you live on b12 and coffee and nicotine and no sleep. Beauty is a thing you get when you can afford it, and that’s how you get the job that you need in order to be beautiful. There isn’t much point trying.

Cooking attracts roaches. Nobody realizes that. I’ve spent a lot of hours impaling roach bodies and leaving them out on toothpick pikes to discourage others from entering. It doesn’t work, but is amusing.

“Free” only exists for rich people. It’s great that there’s a bowl of condoms at my school, but most poor people will never set foot on a college campus. We don’t belong there. There’s a clinic? Great! There’s still a copay. We’re not going. Besides, all they’ll tell you at the clinic is that you need to see a specialist, which seriously? Might as well be located on Mars for how accessible it is. “Low-cost” and “sliding scale” sounds like “money you have to spend” to me, and they can’t actually help you anyway.

I smoke. It’s expensive. It’s also the best option. You see, I am always, always exhausted. It’s a stimulant. When I am too tired to walk one more step, I can smoke and go for another hour. When I am enraged and beaten down and incapable of accomplishing one more thing, I can smoke and I feel a little better, just for a minute. It is the only relaxation I am allowed. It is not a good decision, but it is the only one that I have access to. It is the only thing I have found that keeps me from collapsing or exploding.

I make a lot of poor financial decisions. None of them matter, in the long term. I will never not be poor, so what does it matter if I don’t pay a thing and a half this week instead of just one thing? It’s not like the sacrifice will result in improved circumstances; the thing holding me back isn’t that I blow five bucks at Wendy’s. It’s that now that I have proven that I am a Poor Person that is all that I am or ever will be. It is not worth it to me to live a bleak life devoid of small pleasures so that one day I can make a single large purchase. I will never have large pleasures to hold on to. There’s a certain pull to live what bits of life you can while there’s money in your pocket, because no matter how responsible you are you will be broke in three days anyway. When you never have enough money it ceases to have meaning. I imagine having a lot of it is the same thing.

Poverty is bleak and cuts off your long-term brain. It’s why you see people with four different babydaddies instead of one. You grab a bit of connection wherever you can to survive. You have no idea how strong the pull to feel worthwhile is. It’s more basic than food. You go to these people who make you feel lovely for an hour that one time, and that’s all you get. You’re probably not compatible with them for anything long-term, but right this minute they can make you feel powerful and valuable. It does not matter what will happen in a month. Whatever happens in a month is probably going to be just about as indifferent as whatever happened today or last week. None of it matters. We don’t plan long-term because if we do we’ll just get our hearts broken. It’s best not to hope. You just take what you can get as you spot it.

I am not asking for sympathy. I am just trying to explain, on a human level, how it is that people make what look from the outside like awful decisions. This is what our lives are like, and here are our defense mechanisms, and here is why we think differently. It’s certainly self-defeating, but it’s safer. That’s all. I hope it helps make sense of it.

Do you really want to delete card?

This process cannot be undone.

Card has been deleted successfully.